As many retailers were slowing expansion plans in reaction to a more conservative consumer, GameStop, the world’s largest video game retailer, bucked the trend by opening 210 new stores within three months. With this expansion came additional expenses, creating an immediate need for GameStop to better control and manage these costs. One area identified as a possible source of savings was operational expenses, including energy and telecom.

GameStop started by placing a larger emphasis on energy management. Their goal was to reduce their overall energy spend, while making positive steps towards sustainability initiatives and carbon reduction. In order to lower costs, GameStop began with contract negotiations for their electric commodity in the deregulated states. It was during this effort that Shirley Granado, Director of Strategic Cost Control at GameStop, realized that her team needed deeper bench strength to efficiently manage this project and optimize opportunities.

Granado headed the project to search for an energy management firm to partner with. This initiative needed to accomplish two objectives – cost savings and data management. The partner selected needed to have broad experience and in-depth industry knowledge to achieve the best negotiated prices on GameStop’s behalf. Additionally, the chosen partner had to have a solution to collect, analyze and store the utility invoice data for each individual location. Thus, allowing GameStop to make good, informed decisions about energy procurement, energy conservation programs, and carbon management. With this insight into their energy data, GameStop would be able to effectively demonstrate to the executive team how and why decisions were being made. This transparency was critical to the success of future initiatives.

GameStop made the decision to partner with ENGIE Impact. Within 90 days, over 12,000 utility accounts had been transitioned to ENGIE Impact for utility bill management and processing. Armed with the detailed site and usage data collected from these invoices, ENGIE Impact was positioned to take on GameStop’s energy procurement efforts. ENGIE Impact’s energy procurement experts quickly identified opportunities in several markets. The impact of these efforts was realized immediately proving to upper management that contract negotiations, were in fact, positively impacting their energy spend.

After just one year GameStop was able to project an average annual utility savings of $734,000.

Seeing how much we were saving through this service, we decided to look into some of the other products that ENGIE Impact provided. That’s when we started exploring sustainability and other cost-cutting services.
Shirley Granado, Director of Strategic Cost Control at GameStop

GameStop began working with ENGIE Impact to translate the utility consumption data to make informed decisions concerning facility upgrades, such as whether or not to retrofit lighting, and when it would be beneficial to replace HVAC systems. Additionally, ENGIE Impact provides carbon emission reports to monitor and measure the effectiveness of these efforts. Coupled with GameStop’s Environmental Management System, these efforts have aided in the reduction of GameStop’s environmental impact and improved operating efficiency. Initial reports of the program’s success have yielded as much as 30 percent savings in energy usage. With energy management initiatives well underway, GameStop was ready to shift focus to its telecom environment.

With the efforts for improved energy management having proved so successful, Granado turned once again to ENGIE Impact as they looked to bring order to their telecom environment.

With invoices quickly under control, the effort turned to GameStop’s inventory. In order to cut unnecessary costs, GameStop needed to know what they had at each of their stores and whether these items were being used. ENGIE Impact was able to build an accurate inventory of all GameStop’s telecom services. The inventory not only included the individual lines and circuits but also detailed the features associated with those lines. This process identified numerous unnecessary items and lines that fell outside of the profile of features that GameStop wished to support.

Using the inventory of 14,167 lines that service its stores, GameStop and ENGIE Impact have begun an additional program to verify that each and every line serves a valid location, is appropriately connected to the phone network and is consistent with the number of lines expected at each location. Early reports indicate that as a result of this activity,

GameStop will be able to cancel up to 5% of the existing lines, saving the company over $250,000 annually.

A profile was established to ensure each location had the appropriate number of lines to well serve their customers.

GameStop’s journey to better understand why their locations use electricity, gas, water and telecom the way they do started as a cost-cutting initiative and resulted in a fairly robust expense management program. GameStop recognized early on, that in order to cut costs, it must first identify and understand its spend. Through its partnership with ENGIE Impact, GameStop has made great strides in reaching their goals. Today the retail gaming giant is armed with the critical data and visibility to continually improve efficiencies across its portfolio moving forward.

One of the world's leading car manufacturers is taking steps toward a more sustainable future.
Read Case Study 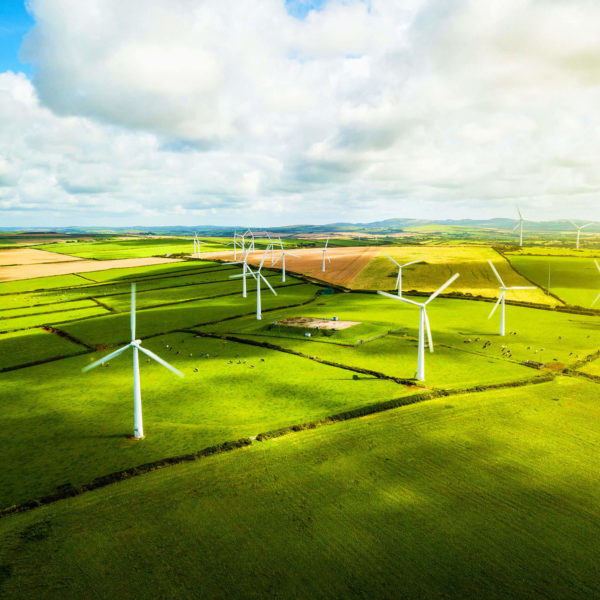 One of the largest universities in the United States turns into a leading campus in energy efficiency and sustainability.
Read Case Study