California’s Composting Regulation and Why It Matters

California’s enactment of the statewide commercial composting bill marks the fourth time a composting requirement has passed at the state level. Previous composting laws have been enacted in Massachusetts, Vermont, and Connecticut. This new legislation will affect many businesses operating in the Golden State.

Compost can refer to either a municipal organic waste collection program or to the nutrient-rich fertilizer that’s a byproduct of such programs. It’s common to refer to the process of sorting and collecting organic waste as composting, but it can also be called “organic recycling.”

Items accepted in the composting bin vary depending on your location and hauling company, but generally accepted items include food scraps, like banana peels, eggshells, or coffee grounds, and food-soiled paper, like napkins and pizza boxes. In many places, meat scraps and bones are also accepted. Specially designed single-use disposable service ware can also be compostable, though it’s important to check with your processor about specific items.

In late September 2014, California’s Governor, Jerry Brown, signed into law a bill that will require any business in the state with 8 cubic yards of organic waste per week to arrange for composting service, beginning April 1, 2016. On January 1, 2017, the threshold for requiring a business to compost will fall to 4 cubic yards per week of organic waste.

The exact enforcement measures, penalties for noncompliance, and program details have not yet been determined and will vary across the state. The new law will be implemented at the local level, meaning it will be up to individual jurisdictions and municipalities to enforce the new regulation and implement composting programs. Local agencies are required to report to the state on their progress by January 1, 2016.

Why Require Businesses – Or Anyone – To Compost?

The growing number of new composting measures is the result of a complex blend of public and private forces. However, at its core are significant environmental and financial incentives ― and businesses that commit to a robust composting program can often save money.

In landfills, organic matter breaks down without the presence of oxygen. This process is known as anaerobic digestion. The byproduct of anaerobic digestion is methane, a greenhouse gas that is over 20 times more efficient at trapping heat than carbon dioxide. In short, that means the organic waste we send to the landfill contributes to climate change by releasing methane into the atmosphere. According to the EPA, landfills are the source of 18 percent of all methane emissions.

Conversely, composting allows oxygen to circulate through organic waste as it breaks down through a process known as aerobic digestion that releases trace amounts of carbon dioxide. Reducing the amount of food and organic waste that go to the landfill is a simple way for organizations to reduce their greenhouse gas emissions.

Aside from reducing greenhouse gasses, composting organic waste offers a number of other environmental benefits. The nutrient-rich fertilizer that’s a byproduct of municipal composting programs is valuable soil that can be used locally by farmers, the public, or governments to improve parks and community spaces.

In addition, healthy soil can have a big impact on water quality. When it rains, pollutants are washed into rivers, lakes, and oceans through stormwater drainage systems. Governments and other organizations are utilizing low-cost compost as a natural filter that protects water resources.

Finally, composting locally is often cheaper than sending materials to a landfill. Waste costs are rising. Collecting, transporting, and regulating waste that goes to a landfill is expensive and produces little or no additional value. In many places, reducing trash service and adding compost service often results in lower waste bills for businesses and governments alike. And with so much of our waste being organic, there’s potential for big savings.

The continued focus on climate change at the local and statewide level, the environmental benefits, and the financial savings for governments and businesses alike have led to the growing number of municipalities that are separating organics from trash. As states like California prove composting regulations can reduce costs and improve the environment, other states may follow.

Let’s work together to accelerate your waste management strategy. 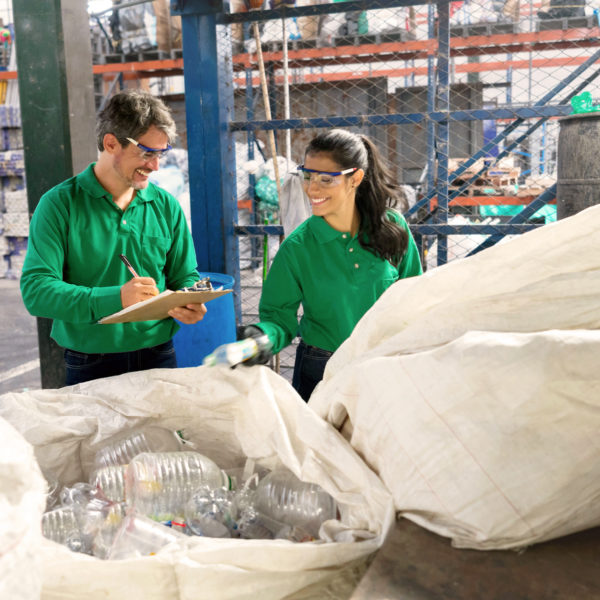 How to Plan and Conduct a Successful Waste Audit

Learn what a waste audit is, what the benefits of performing a waste audit are, and how they support your sustainability goals.
Read More

Thank you for subscribing.