Accelerating Decarbonization of the Energy Sector

In a world racing to reach Net Zero, ENGIE wants to set the pace for decarbonization of the energy industry. In May 2021, ENGIE announced its ambition to become Net Zero by 2045, covering all emissions across its value chain.1 This long-term ambition is complemented by intermediary targets for 2025 and 2030 and the commitment to maintain a trajectory compatible with well below 2°C.2

The alignment of ENGIE’s strategy, purpose and carbon ambitions is critical for our future success and provides a clear trajectory to our global teams.
Catherine MacGregor, Chief Executive Officer, ENGIE

ENGIE also aims to support its clients in their energy transition. ENGIE has committed to contributing 45Mt to the decarbonization of clients by 2030, from 20Mt in 2020.

With these targets, ENGIE has taken a leadership position in the industry, as most diversified energy companies are so far targeting Net Zero by 2050, excluding part of their value chain emissions, or both.

Decarbonizing the energy sector is a Net Zero challenge like no other. Energy production represents close to three quarters of global greenhouse gas emissions and is at the heart of the climate change challenge. Reaching Net Zero by mid-century, in line with guidance from the Intergovernmental Panel on Climate Change (IPCC), is nothing short of a complete transformation of the energy system underpinning the global economy: 80% of today’s energy supplies still rely on fossil fuels, and achieving Net Zero implies investments in new energy supplies and infrastructures adding up to more than 2 trillion dollars per year.3

There was a very strong alignment and engagement of the Board of Directors, CEO, and executive committee on the importance of ENGIE’s carbon ambitions.
Anne-Laure de Chammard, Group Chief Strategy Officer, ENGIE

ENGIE is taking a strategic approach to its decarbonization ambitions by making rapid progress along two dimensions:

Pulling the Levers of Decarbonization

Setting such bold ambitions required extensive collaboration across the entire organization over several months, and this must continue for us to reach these goals.
Edouard Neviaski, CEO BU Global Energy Management, ENGIE

ENGIE Targets on Renewable Energy and Coal Phase Out

This strategy is illustrated by the evolution of ENGIE’s power generation portfolio in Chile. In 2018, ENGIE generation assets were fueled with coal, gas or diesel. By 2025, coal units will be either converted to biomass or gas, or close down, while 2 GW of renewables will be added.

The procurement of goods and services accounts for 13% of ENGIE’s total footprint remains poorly understood. ENGIE had already set an objective of having all preferred suppliers with Science Based Targets by 2030 compared to 15% today. However, achieving net zero by 2045 will require engaging suppliers on a much greater scale. In a first step, ENGIE’s procurement organization across business entities globally is being upskilled on sector specific supply chain decarbonization opportunities and challenges, and how ENGIE can support suppliers in setting their own decarbonization goals and identifying collaboration projects.

Whilst representing a fraction of the group’s emissions, Ways of Working emissions, which include buildings, digital infrastructure, travel, commuting, and fleets, touch every employee daily. ENGIE has set a dedicated objective of making Ways of Working Net Zero by 2030. This has served to shine a light on lesser-known sources of emissions and to engage all employees in taking part in ENGIE’s transformation journey.

Minimizing the Use of Carbon Offsets and Removals

Offsets and removals are considered as the last recourse after reducing emissions according to well below 2°C trajectory. ENGIE will favor carbon offset projects close to its activities, which remove carbon from the atmosphere (e.g. nature-based solutions, CCUS), and which are of high quality in terms of carbon standards, co-benefits, and additionality.

The Decarbonization of Clients objective is to promote awareness of the most impactful end-to-end solutions to our customers, and therefore to actively decarbonize the global economy.
Cécile Previeu, EVP Customer Solutions, ENGIE

Accelerating the Decarbonization of Customers through New Metrics and Greater Focus

Decarbonization of Customers happens when the use of ENGIE products and services allow clients to avoid or reduce their carbon emissions. In the absence of international and cross-sectoral standards, ENGIE developed with a group of peers and NGOs, business-ready and practicable principles to account for the contribution to the Decarbonization of Customers. This collaboration has led to a new working group within the World Business Council for Sustainable Development.

Building on the cross-sectoral principles, ENGIE developed energy-specific guidelines to systematically measure the decarbonization of customers contribution of its products and services. This enabled ENGIE to publish a new indicator in 2021, “Helping our customers to decarbonize: emissions avoided by using ENGIE’s products and services (mt CO2eq),” based on a dozen ENGIE products and services, including green energy production, decentralized energy networks and associated services, the sale of energy saving certificates, carbon certificates, and the purchase or resale of green energy. ENGIE set an objective based on this KPI to contribute to decarbonize its customers by 45Mt CO2e by 2030, from 20Mt CO2e in 2020.

Decarbonization of Customers: What is it About?

Implementing the Enablers of Decarbonization

ENGIE set the stage for its own net zero transition by changing the group’s purpose statement in early 2020 to refocus on “accelerating the transition towards a carbon-neutral economy”. It then went a step further by clearly linking its long-term business strategy to its net zero ambitions. This was epitomized by ENGIE’s May 2021 capital market day announcements, which combined ambitious targets in renewable development and low carbon distributed energy infrastructures with its carbon ambitions.4

A Governance that Embeds Carbon in all Decisions

First, ENGIE made carbon reductions a core element of the CEO’s and executive team’s performance goals and financial compensation.

Second, to operationalize a progressive reduction in ENGIE’s emissions, carbon budgets are allocated to the group’s main entities and managed jointly with capital allocation. ENGIE also modified its investment decision process to include a carbon assessment that ensures alignment with the allocated carbon budget. As a complement, ENGIE uses carbon pricing to assess the resilience of investments to forthcoming regulatory changes, including increases in carbon prices.

Third, ENGIE’s carbon accounting process is shifting from a focus on yearly reporting to continuous management support. Carbon projections are now fully embedded in the Group’s governance routines, including regular reviews by business entities, the Executive Committee, and by the Board.

ENGIE's climate ambitions are the culmination of several years of work and action, initiated with the adoption of GHG emission reduction targets as early as 2012 and recently punctuated by the SBT commitments taken in 2020.
Hervé Casterman, Vice President Environment, ENGIE

Engaging Collaborators, Suppliers, and our Clients Throughout the Net Zero Journey

ENGIE collaborators are engaged on carbon topics via multiple channels and communities to raise awareness, identify and share best practices, or gather feedback and suggestions. This is complemented by an upskilling program to embark all employees in the net zero journey, from carbon accounting basics, to new methodologies, processes and tools.

ENGIE also set targets beyond its core activities of energy generation and sales to actively engage core stakeholders in decarbonization. In particular:

Catalyzing the Race to Net Zero

ENGIE’s decarbonization ambitions, synthesized in table 1 below, demonstrate that the energy transformation so critical to achieving global Net Zero by 2050 is possible. With these ambitions, ENGIE hopes to catalyze the transition towards a carbon neutral global economy and calls on all companies, across industries and geographies, to join the race to decisively limit our impact on climate change.

3 Net Zero by 2050. A roadmap for the Global Energy Sector, International Energy Agency.

This article was prepared by Nicolas Lefevre-Marton, Laurent Fournié, Clémence Fischer, Ghita Kassara, Nanou Keita, and Camille Cury, from ENGIE Impact. The authors would like to thank Pierre-Laurent Lucille and Philippe Vedrenne for their valuable inputs.

Learn how ENGIE Impact can support your decarbonization journey. 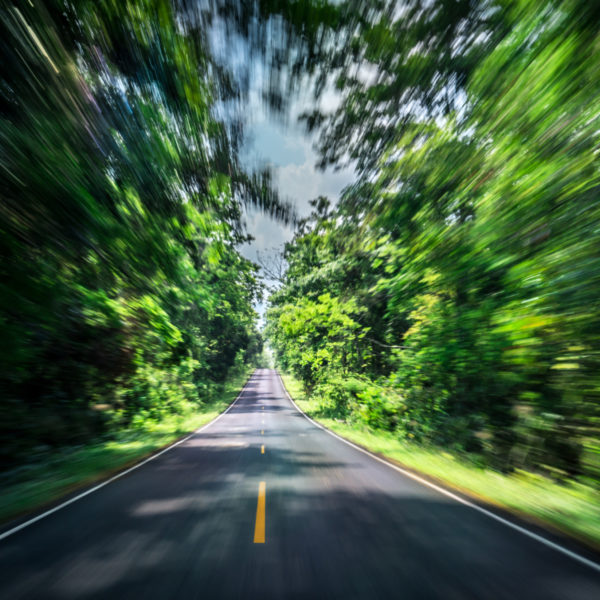 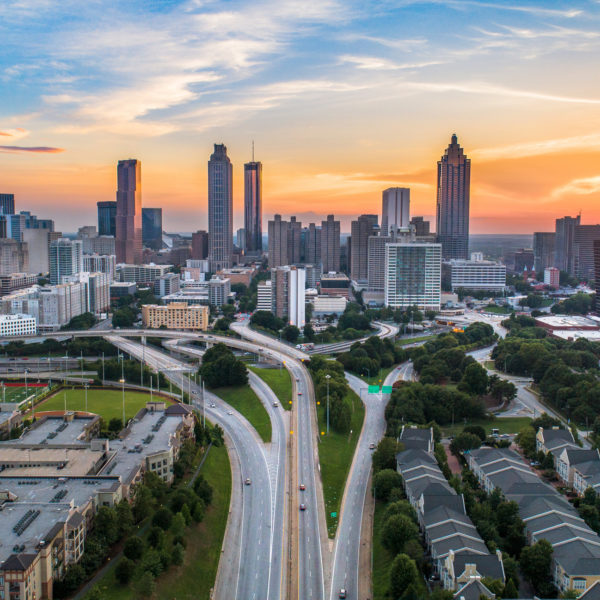 How to Set Science-Based Targets: A Blueprint for Decarbonization 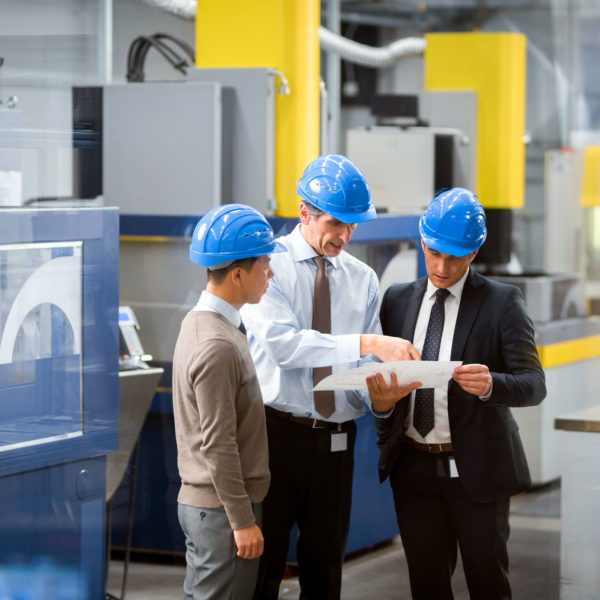 Building an energy management strategy that can navigate the energy market requires alignment from the top down. Our expert discusses key ways for organizations to do this successfully.
Read Article