Buoyed by its promise as an affordable, flexible feedstock and fuel for large-scale industrial value chains, coupled with declining costs for renewable energy as well as government incentives, all the stars seem aligned for a green hydrogen1 revolution. Nonetheless, challenges abound.

While there is no shortage of enthusiasm for introducing decarbonized hydrogen into our energy mix, few have developed proven solutions for an integrated and scalable green hydrogen ecosystem. In what follows, we share our successes and knowhow about a solution that can help carve a path forward through the many challenges to green hydrogen adoption—hydrogen valleys.

1Green hydrogen, also commonly referred to as clean hydrogen, is produced through the electrolysis of water, the electricity for which is generated entirely by renewable energy. It should not be confused with ‘turquoise’ hydrogen, which is created by a process called methane pyrolysis which breaks down natural gas into hydrogen and solid carbon, nor with ‘blue’ hydrogen, which is generated from natural gas through steam reforming coupled with carbon capture and storage (CCS). It should also be distinguished from ‘gray’ hydrogen, the dominant form of hydrogen to date, which is derived from natural gas and powered by fossil fuels without CCS.

Drivers and Barriers to the Emergence of Green Hydrogen

At least three drivers are catalyzing the gradual adoption of green hydrogen.

Scaling up green hydrogen projects, however, is challenging for a couple of reasons.

This leaves green hydrogen in the familiar situation of emerging technologies: limited supply and uncertain demand.

The Advantages of Hydrogen Valleys

To address these challenges and smooth the path toward green hydrogen adoption and scale-up, the International Energy Agency (IEA) and European Commission (EC) recently introduced the concept of hydrogen valleys—also known as hydrogen ‘hubs’—as a starting point to accelerate investments in green hydrogen supply and demand. They could be the critical enabler for integrating this rapidly maturing lever into your decarbonization strategy.

What is a Hydrogen Valley?

Broadly defined, hydrogen valleys aim to enable the emergence of locally integrated hydrogen ecosystems spread across a defined geographic scope (a city, region, island, port, or industrial cluster). They are designed to cover a substantial part of the value chain—from green hydrogen production, storage, and transport to its end use in various sectors (industry, mobility, energy)—with the goal of climate change mitigation and regional economic development.

On the demand side, this means a high concentration of diversified potential green hydrogen customers or off-takers, such as mining companies and power suppliers, as well as end-user applications.

On the supply side, it requires the presence of the requisite green hydrogen infrastructure, including RES (renewable energy sources), production facilities (e.g., electrolyzers) and distribution networks.

Four Proven Success Factors for Setting up a Hydrogen Valley

First-hand experience has enabled us to identify four critical success factors to be aware of when designing and launching a hydrogen valley.

To drive success, it is important to select an area with diversified potential hydrogen users or off-takers across sectors, ideally located in geographies favorable to producing green hydrogen with renewable energy sources. Through diversification, the hydrogen valley will include players that already have cost-competitive applications and those with emerging hydrogen-compatible technologies. Applications that are already cost-competitive can provide the short-term drivers for green hydrogen investments in the valley, while those emerging users can be incubated and provide the demand needed for future scale-up opportunities. Another important criterion for area selection is the availability of existing hydrogen projects already underway, whether they utilize gray or blue hydrogen. Having existing hydrogen projects in the area is a positive indication that highlights the potential for green hydrogen demand in the selected valley.

In our recent project with the South African Department of Science and Innovation, Anglo-American, Bambili Energy, and ENGIE, we selected the Bushveld complex and the larger region around Johannesburg, Mogalakwena, and Durban to turn into a hydrogen valley. This valley is a natural incubator for green hydrogen projects, as it has many diverse sectors with promising hydrogen uptake and existing hydrogen projects. The valley hosts many industrial players, a major freight corridor between major metropolises, ports, and public buildings where hydrogen fuel cells can be used to compensate for frequent brownouts/blackouts of the grid. Within the valley, the petrol-giant Sasol has already been working on gray hydrogen projects and on deploying hydrogen in their chemical processes. Some use cases of hydrogen vehicles have already been seen in the valley, such as the pilot of hydrogen vehicles in the mining sector and forklifts in warehouses. Overall, the valley has the diversity of potential hydrogen off-takers and existing hydrogen projects, or hydrogen-applications pilots, needed to drive the success of a future hydrogen valley scale-up.

The success of hydrogen valleys also depends on leadership. Ideally, hydrogen valleys should have a project sponsor—an organizing entity that identifies potential green hydrogen suppliers, transporters and off-takers in the valley, and brings them together around the vision for the project. The sponsor should not only act as a coordinator and organizer, but also as a risk-taking leader that is willing to catalyze the valley by investing in pilot projects as a first step to encourage other actors to co-invest. Without a sponsor, implementing the valley concept will not be easy.

A recent partnership between ENGIE and Gasunie to develop the HyNetherlands project in Eemshaven, Netherlands, is one example of sponsorship at work. In 2019, they embarked on an ambitious green hydrogen project to install a 100 MW electrolyzer powered by offshore wind farms in the North Sea. While ENGIE was responsible for developing the hydrogen production, Gasunie was tasked with transporting and storing the hydrogen in local salt caverns. ENGIE sought out potential partner off-takers, identifying nearby chemicals plants to use the hydrogen to decarbonize their raw inputs, as well as off-takers in the logistics sector (e.g., heavy goods vehicles) and local passenger trains. With a growth potential of 1.85 GW by 2030, ENGIE and Gasunie’s joined forces create a complete green hydrogen value chain.

In partnership with EQUANS UK, ENGIE Impact supported a techno-economic analysis for hydrogen potential in the UK North West Industrial Cluster. We developed multiple scenarios to determine the region's optimal green hydrogen production costs, considering the availability of renewables and hydrogen consumption profiles. Using the optimal hydrogen production costs, we performed economic comparisons against traditional fuels used by various industries. The comparison analysis provided a deeper understanding of the green premium associated with hydrogen, and hence the area where policy or government support is needed to ensure green hydrogen competitiveness.

Policies that financially support the uptake of hydrogen will serve a vital role in improving the competitiveness of green hydrogen applications and reducing the cost of hydrogen itself. A suite of non-financial policy mechanisms can also provide considerable support to green hydrogen. For example, setting roadmaps, strategies, and targets helps create transparency around demand, which gives producers more confidence to invest in projects and helps bring about the scale effect, which further accelerates the learning curve for hydrogen technologies and decreases costs.

Beyond policies that support green hydrogen directly, decarbonization policies play a crucial, indirect role in supporting green hydrogen uptake. Above all, carbon taxes level the playing field for green and blue hydrogen against gray hydrogen and bolster the competitiveness of end-use applications against their conventional counterparts, which become more expensive when carbon emissions are taxed.

Finally, regulations are also an important part of creating a formal hydrogen economy. Bodies that regulate the use of hydrogen will formalize standards for hydrogen applications, technical standards (e.g., pressure at which hydrogen must be kept for storage & fueling), and safety.

South Africa recently launched a National Hydrogen Roadmap, a critical step in realizing its green hydrogen ambitions. To complement this effort, we proposed several policy instruments to kickstart the green hydrogen economy in the valley and support the deployment of green hydrogen across the value chain. Based on the available supply of electricity and electrolyzers for the conversion process, we recommended easing the deployment of renewable energy sources and making near-term capital expenditures (CAPEX) affordable for green hydrogen supply infrastructure. Concerning the need for hydrogen applications to underpin demand now and in the future, we issued recommendations such as financial incentives for hydrogen applications, targeted government purchases to scale up the green hydrogen economy and formalization of the sector through standards and labels.

Companies and governments looking to boost their decarbonization strategy by entering the green hydrogen economy should consider hydrogen valleys as a place to start. By identifying innovative actors and tangible projects, and leveraging co-location to foster collaboration and co-investment, hydrogen valleys catalyze green hydrogen projects that will be replicable and scalable. Before entering the green hydrogen economy, it is critical to locate the right geography, conduct due diligence on investors and projects, and carefully analyze the feasibility as well as local regulations. Bold steps should only be taken with the requisite caution to ensure success. 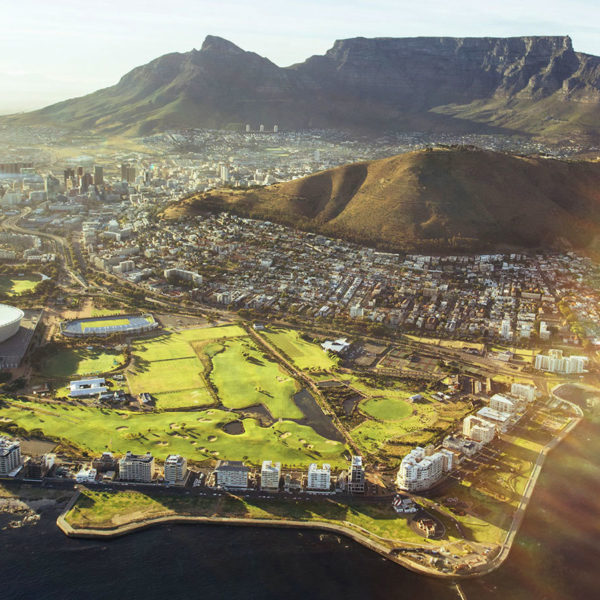 The establishment of a "hydrogen valley" in South Africa is a step closer to reality, following the launch of the Hydrogen Valley Feasibility Study Report.
Read Now 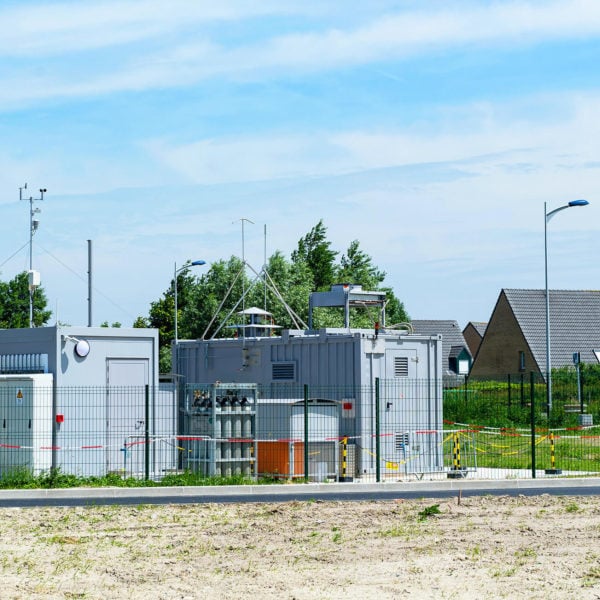 In the city of Dunkirk, ENGIE Lab CRIGEN is trialing the GRHYD project, an innovative approach that uses natural gas and hydrogen networks to create renewable energy solutions.
Read Now 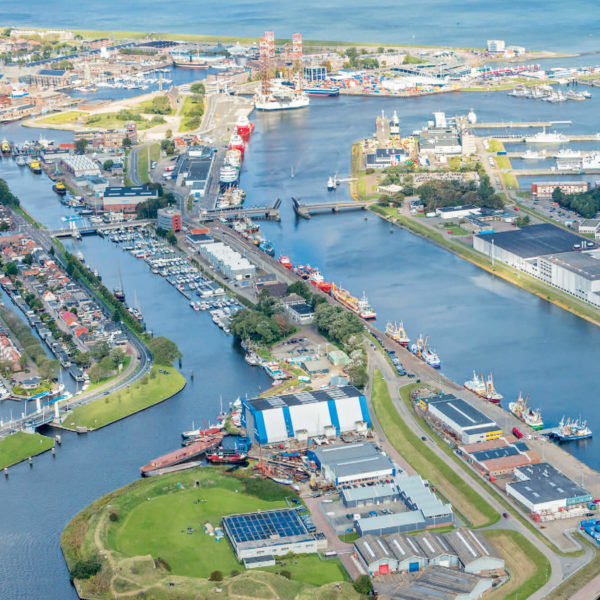 This Dutch port transformed their operations with a green logistics plan. Learn how shifting to green electricity and green hydrogen will lead to substantial savings.
Read Now