COP26 brought the urgent need to accelerate our efforts against climate change into the spotlight. Although the European Union’s (EU) greenhouse gases (GHG) have decreased by 28% since 1990, there is still a long way to go to reach carbon neutrality.1

Some of these emissions are particularly hard-to-abate, especially in the industrial sector. In 2020, industrial emissions amounted to 520 Mt-CO2 equivalents, representing 21% of the EU-27's total GHG emissions.2 Chemicals, Metals and Minerals production contributes the most to industrial emissions, with steelmaking being responsible for 25% of them.3

Hence, industrial decarbonization is considered a priority in the EU’s strategy to cut its emissions by at least 55% by 2030 compared to 1990 levels. The European Green Deal is the set of political initiatives that will allow the EU to reach carbon neutrality and lead the global market for sustainable products and services. It includes the New Industrial Strategy, which supports the twin transition to a green and digital economy. Among other things, the framework has proposed to:

The New Industrial Strategy is in addition to other green industrial policy instruments like the Industrial Emissions Directive (2010/75/EU) and the EU Emission Trade System (EU-ETS). Yet, they have failed to create viable business cases among others due to fluctuating and highly uncertain CO2 price levels. Some innovative policies for carbon management in the industrial sector may be needed to bridge this gap.

This article explores how those policies could be developed, used and combined to help decarbonize the industrial sector. We will illustrate our arguments with examples taken from the iron and steel industry—one of the highest carbon-emitting industries, and thus a critical focus for decarbonization.

Public authorities and industrial companies are increasingly committed to climate action, and they are ready to act accordingly. The world's leading steel companies, Arcelor Mittal and Tata Steel, have committed to decrease their emissions by 30% by 2030.

Five categories of low-carbon alternatives are currently under development:

1. Biomass-based Alternatives
Biomass can be used either as fuel or a feedstock. If supplied sustainably, biomass can be considered a carbon-neutral fuel. In some steel plants in Brazil, charcoal is already serving as a substitute for coal.

2. Green Hydrogen-based Alternatives
Like biomass, hydrogen made from renewable electricity can be both a fuel and a feedstock. Germany and France have designed a dedicated plan and budget for developing green hydrogen, creating strong momentum for industrials to test this energy vector. For instance, hydrogen could be a great substitute for natural gas in the Direct Reduction Electric Arc Furnace steel-making process.

4. Carbon Capture Usage and Storage-based Alternatives
Carbon capture could make it possible to cut remaining emissions while creating synergies between CO2-emittor and CO2-user industries. In the steel sector, CO2 could be captured at the exhaust of the blast furnace and then be used to produce e-fuels. This is called carbon capture and utilization (CCU). An alternative would be to transport and store it (carbon capture and storage, or CCS) permanently in deep underground rock formations.

The screening of 145 European pilot projects shows that industries are looking at those five solutions. More than half of them explore costly and immature solutions, such as Carbon Capture Usage and Storage and New Processes.

Adoption of these technologies will be critical to industrial decarbonization. However, several barriers prevent them from being commercially competitive today.

It is part of ENGIE Impact’s mission to accompany industrial players through their decarbonization journey by supporting them in making robust techno-economic choices, monitoring supportive policy measures and crafting industrial decarbonization roadmaps. Let's Get Started →

First, several of these technologies are relatively nascent or come at a high cost. Industrial companies typically have high upfront investment and operational costs, with low and fluctuating margins. Plus, industrial assets typically have long life cycles spanning several decades, making it challenging to address existing assets and effectively plan for new investments. Companies are thus faced with complex business cases and apply no-regret investment strategies, which prevent the emergence of innovative technologies.

Furthermore, the European industrial sector is an international trade-intense economic sector. This implies that competitiveness is mainly based on low prices. This is particularly true for steel, which is over-produced in non-European countries; in 2020, the EU imported 3.5 Mt of steel (net imports) mainly from Europe (outside of the EU) and Asia.5 In addition, industrial products are often standardized, resulting in the price being the key purchase-decision criterion. For these types of industries, it is still difficult to find a market with customers willing to pay a premium for a green product.

On top of that, markets for industrial products are often highly uncertain due to unstable commodity prices. Since the establishment of the ETS in 2005, the EU has inserted an additional volatile commodity into industrial economics: CO2. Priced at €5-10/t-CO2 during the period 2011-2017, it reached €30/t-CO2 in 2019, fell to €15/t-CO2 in 2020, and has inconsistently escalated to €90/t-CO2 in December 2021. Hence, the EU-ETS does not provide the price visibility and stability necessary for long-term investments.

Full decarbonization of the industry will be limited as long as organizations lack the regulatory incentives needed to evolve. For a sector with long asset lives and a set of nascent technologies, the need for clear market indicators over time to optimally invest in future-proof solutions at the right time is particularly important.

Carbon Contracts for Difference: An Opportunity To Reduce Industrial Emissions

The Netherlands has used CCfD for one CCS project, and the SDE++ scheme works as a contract for difference. The recent German coalition also integrates CCfD as part of their proposals to reach carbon neutrality and, more specifically, to support green hydrogen scale-up. This support mechanism has several advantages:

Despite these advantages, there are several challenges and pitfalls to avoid. They underline the need for a careful and objective-driven policy mechanism design.

Considering the elements mentioned above when designing the CCfD mechanism should provide sufficient support for the optimal low-carbon industrial solutions—in other words, the cheapest ones with the highest emissions abatement capacity.

In conclusion, CCfD could offer a response to one of the toughest challenges of industrial decarbonization.

By providing a clear and stable outlook on the price of CO2, CCfD could be complementary to a low-carbon technology support mechanism like the Innovation Fund and enable industries to decarbonize at scale. Once the sufficient scale is reached, long-term policies like the Carbon Border Adjustment Mechanism or a Green Product Material Requirement could remain in effect to prevent carbon leakage.

European industry needs a supportive regulatory framework to accelerate its decarbonization process. More specifically, it needs to bridge the gap between the development of low-carbon technologies and their commercial maturity. Carefully designed Carbon Contracts for Difference could be a promising policy instrument to de-risk heavy investments by stabilizing the carbon price.

1, 2 ENGIE Group Strategy Department, Dashboard of Energy Transition, 2021
3 A study realized in 2020 by ENGIE Impact assesses that Chemicals, Metals and Minerals sectors represented 75% of the EU industrial GHG in 2018.
4 HIsarna is a pilot project of Tata Steel running since 2011 in the Netherlands. It tests a technology that removes several pre-processing steps and requires less stringent conditions on the quality of raw materials. As of 2020, it will take about 5-10 years before it can be put on the market commercially. The ambition is to have a HIsarna factory on an industrial scale by 2030.
5 Eurofer, European steel figures in 2021 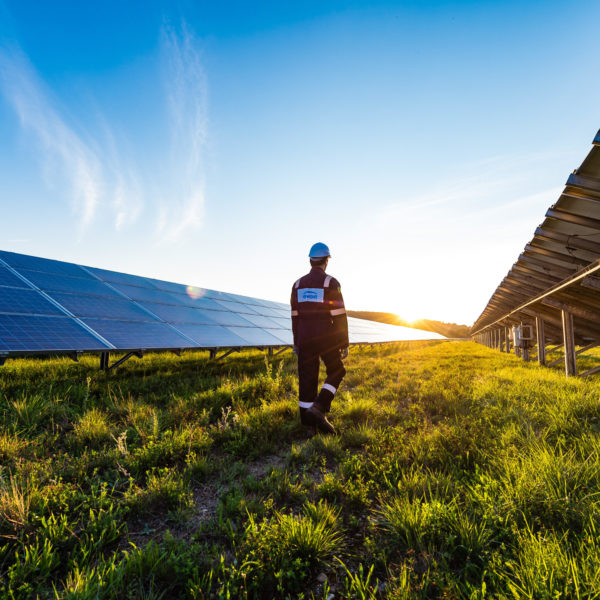 Accelerating Decarbonization of the Energy Sector

In a world racing to reach Net Zero, ENGIE wants to set the pace for decarbonization of the energy industry.
Read Article 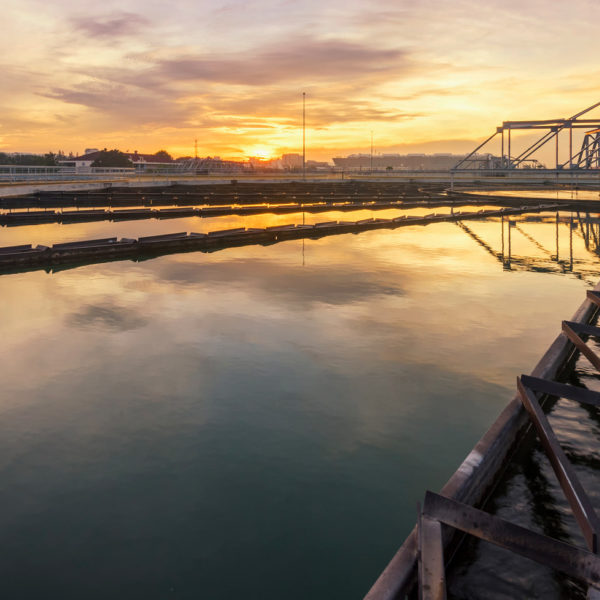 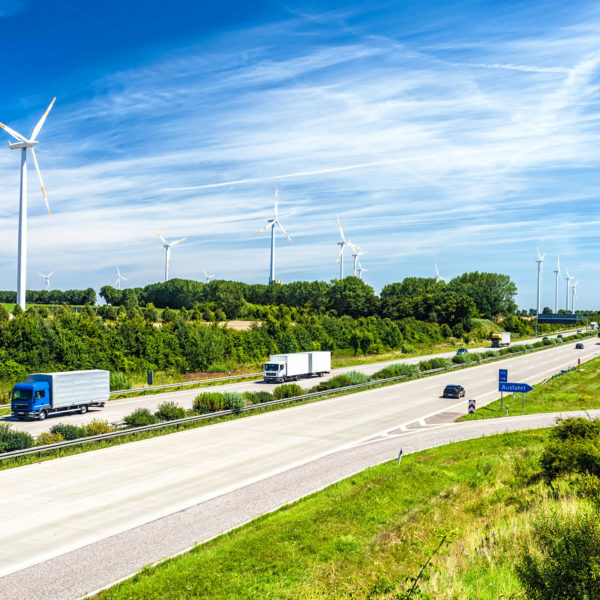 The Road to Decarbonization: What’s the Best Way for Business?

Insights on why businesses are struggling to decarbonize and support the goals of The Paris Agreement. Read our latest report, co-produced with Eco-Business.
Read Article